The brief: Rejuvenation and modernization of traditional crest.

The context: Doncaster is a large market town in South Yorkshire, England. Together with its surrounding suburbs and settlements, the town forms part of the Metropolitan Borough of Doncaster. The Borough was formed by the amalgamation of various Urban and Rural Districts, the last Coat of Arms was officially granted in 1975.
The old version of the shield was half black and half green to represent the union of industrial and rural areas in the borough. The castle is actually a Port between two towers and comes from the old Doncaster arms. Around are placed eight white roses, the symbol of Yorkshire for the eight Yorkshire councils combined. The ermine cushion in the crest was found in the old Doncaster arms. The owl is a symbol of wisdom. On either side is an oak branch one for each rural district combined in the new borough. The sitting lions were used as supporters of the old Doncaster arms. Each has a distinctive collar. The dexter lion has a collar forming a version of the British Rail logo. This shows the importance of Doncaster as a railway town. From the collar hangs a miner’s lamp, for coal mining. The sinister lion has a lightning flash for a collar, symbolic of electricity generation. From this hangs an anchor for shipping. The Motto says „Be Steadfast“, meaning „resolutely or dutifully firm and unwavering“.

What I did: Yorkshire based branding agency ledgardjepson asked me to lay my hands on the crest, in order to create a rejuvenated and modernized version. The overall details and combination of elements were meant to be maintained alike the old version, but to be drawn and crafted in a more modern and precise way. A positive, as well as reversed version, were required. 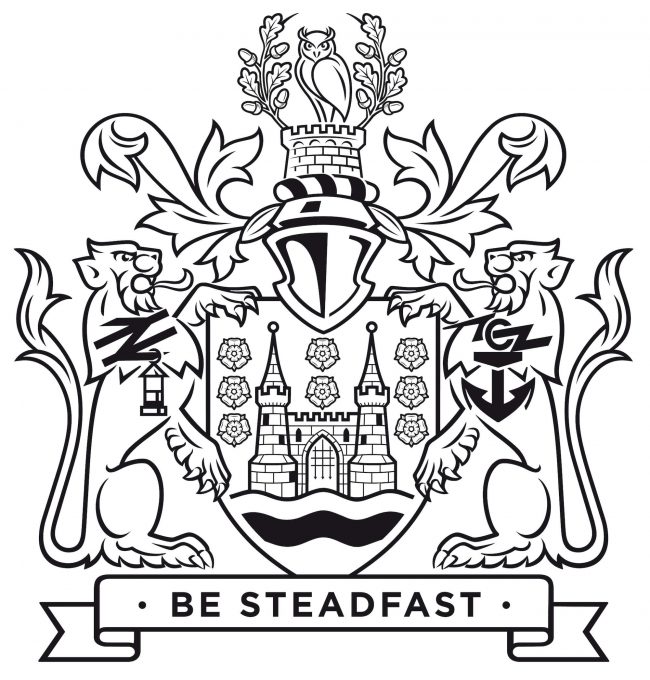 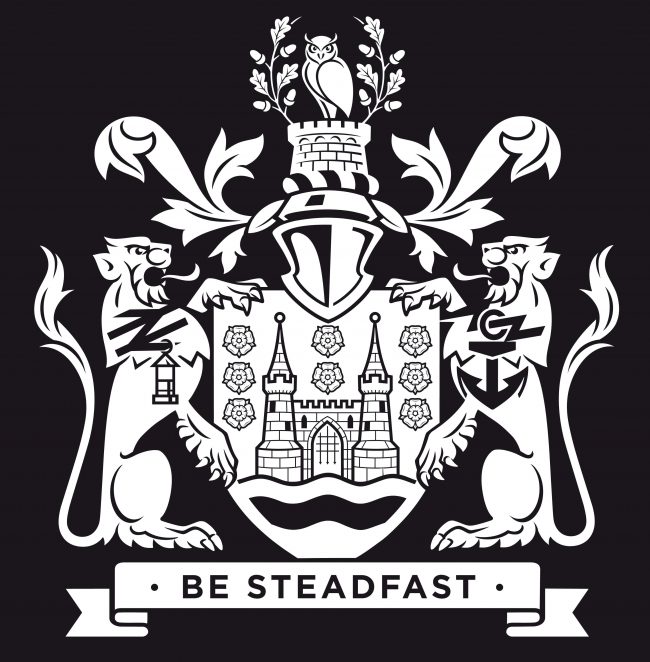 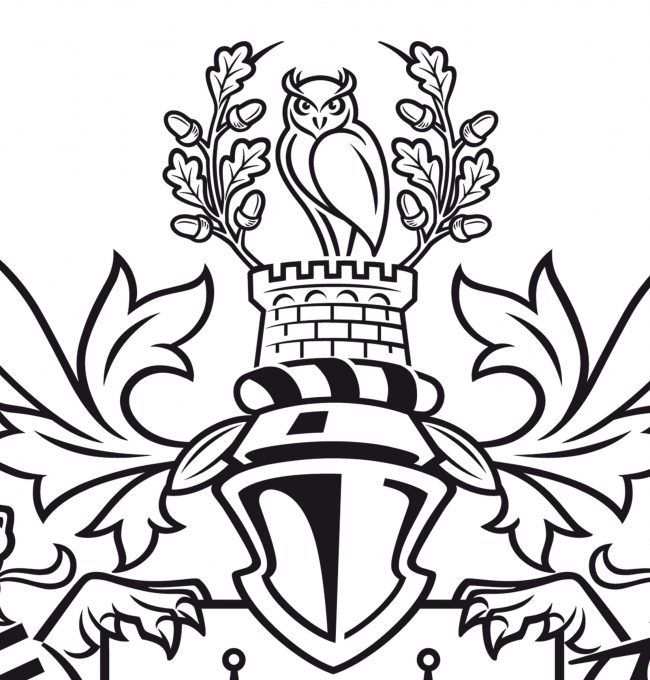 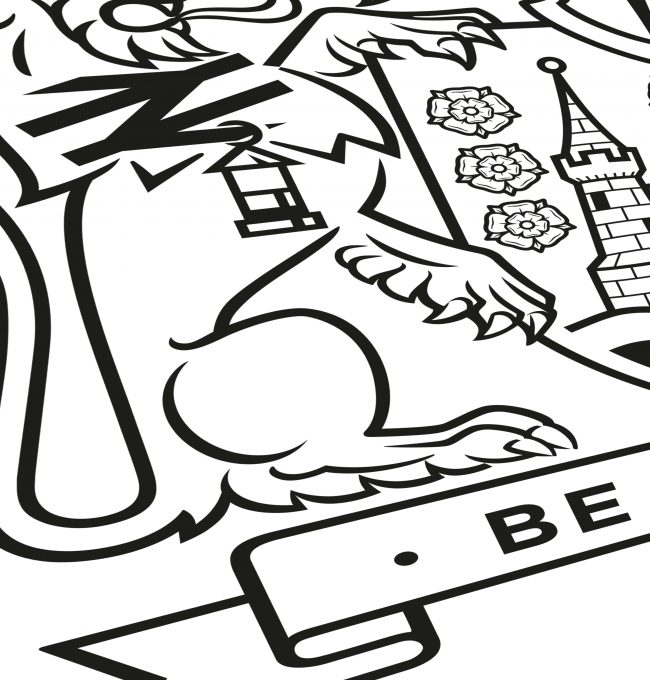 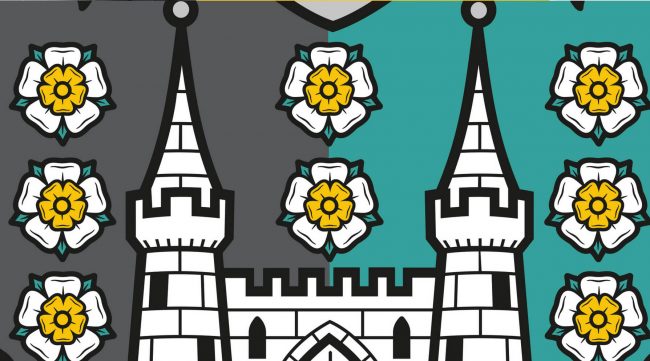 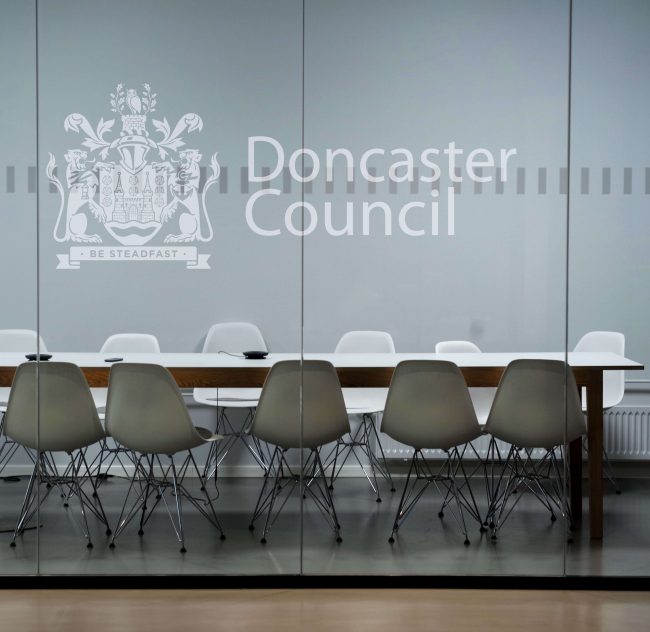