The context: The history of this Bavarian wine estate dates back to the year 1902, when the Prussian state founded the domaine and purchased the first areas of land. In 1903, the first Riesling vines were planted. Gut Hermannsberg today owns a 30-hectare vine area with all land classified as ‘Great Site’, ranking among Riesling’s best wine-growing areas in the world. In 2010, under new ownership, the former state domaine changed its name to Gut Hermannsberg and underwent a modernization and rebranding.

Recently, some of their Rieslings received highest praise, when Karsten Peter, estate manager and cellarmaster of Gut Hermannsberg, was chosen Winegrower of the Year by Diners Club Magazine, named „Rising star of the Year“ by acclaimed Wine expert Stuart Pigott and rated with top reviews in the Gault Millau Wineguide.

What I did: Munich based brand & identity expert Isabel Steuler from studio Treedesign asked me to develop a coat of arms-like identity icon during her working process of the complex rebranding. As reference to the estates Prussian heritage, I created a crowned, wing spreading eagle, combined with a crest like frontal facade depiction of the estates old cellar building. 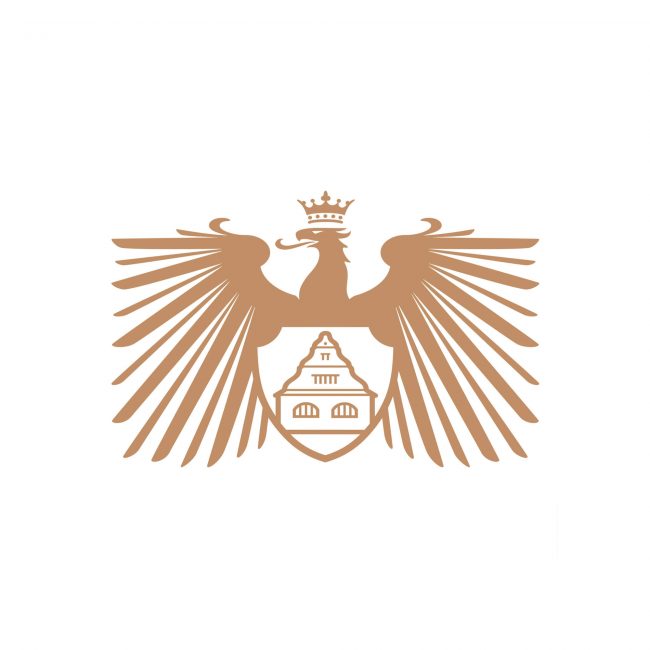 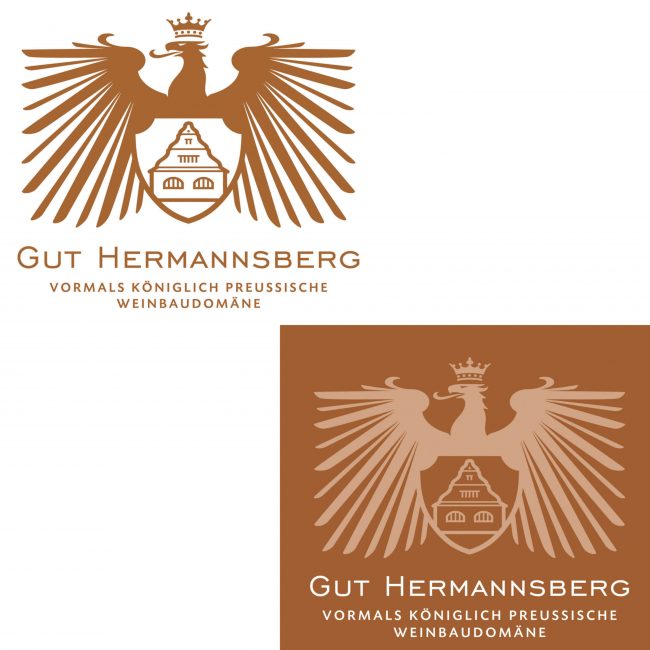 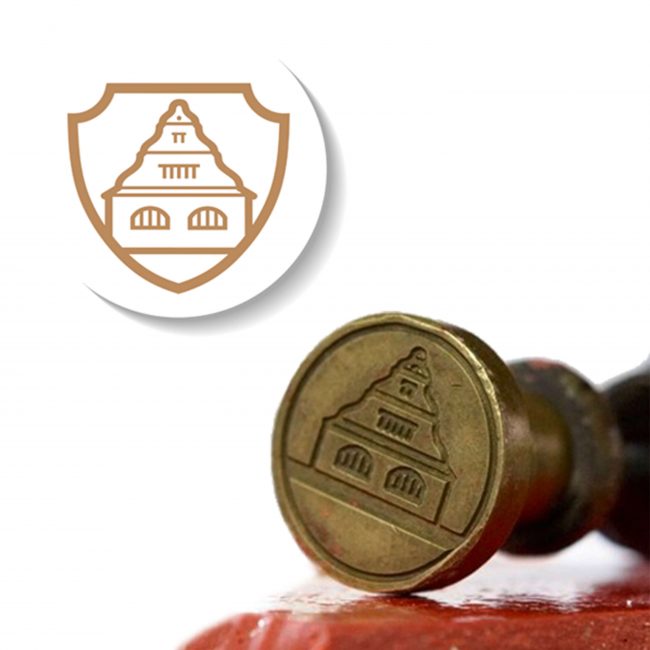 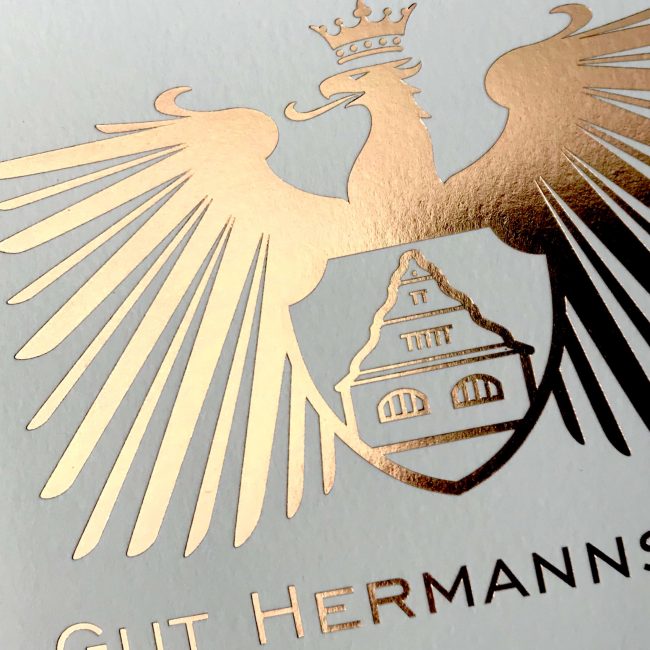 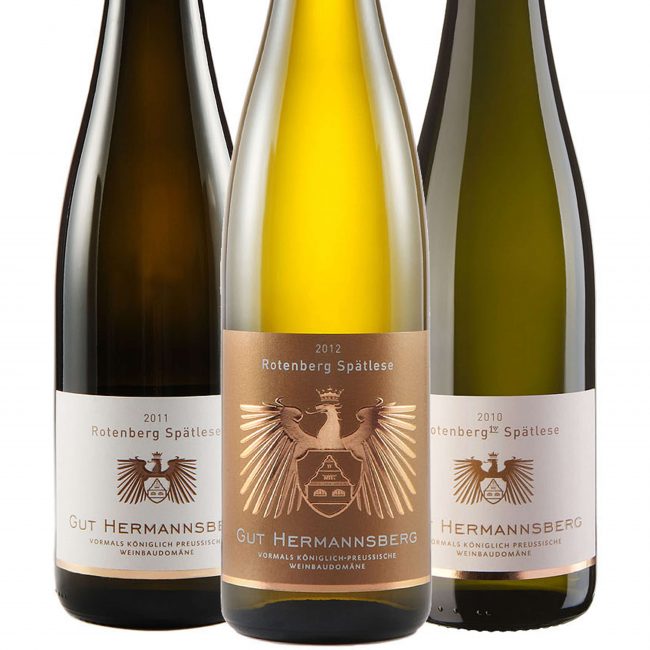 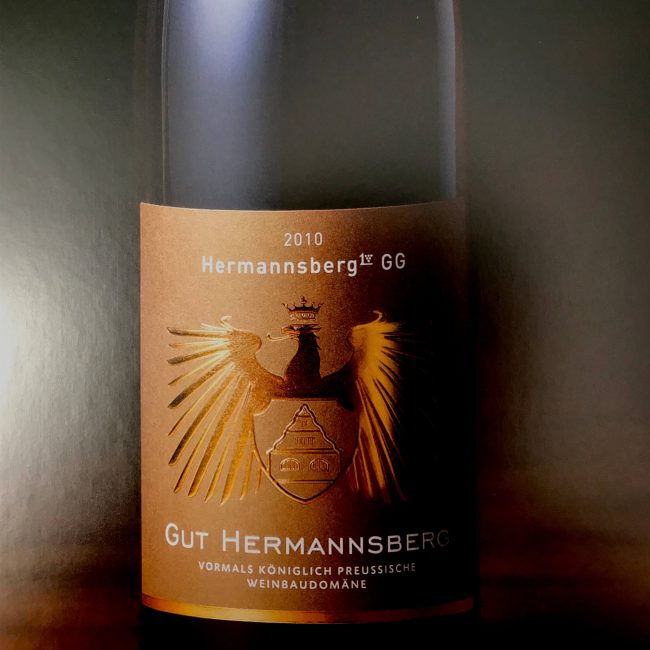 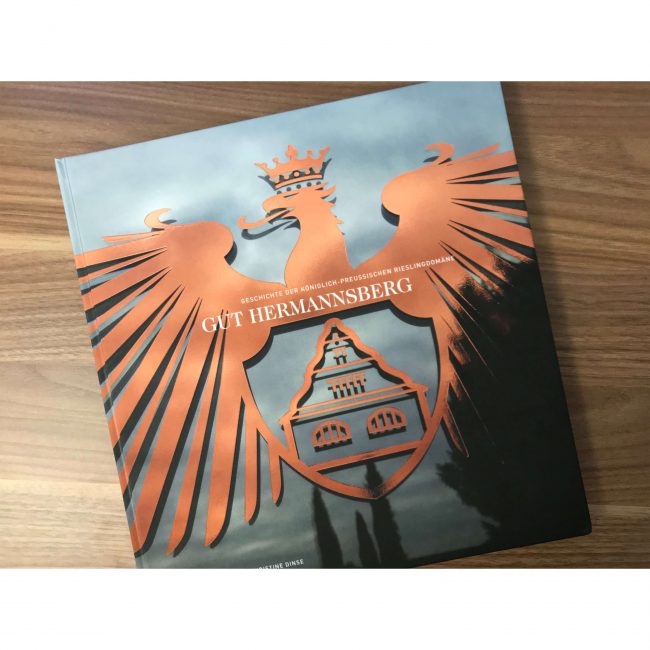 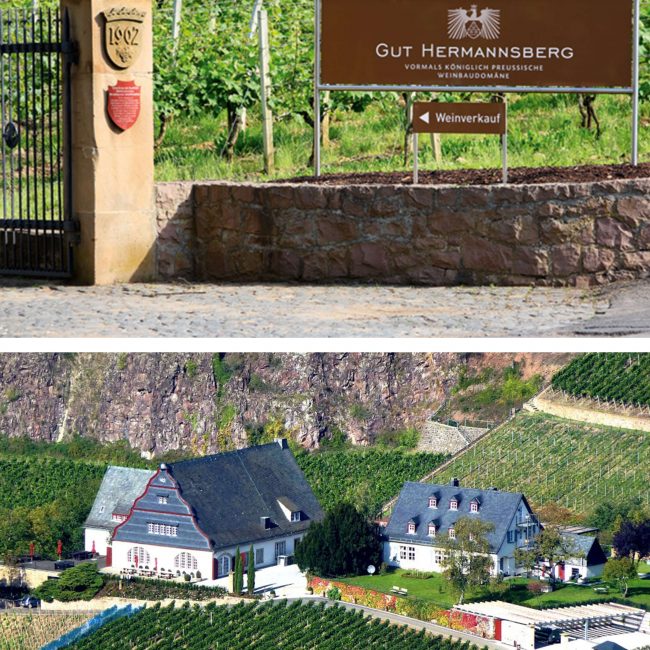