The context: London based brand identity specialists Designroom Sport have created the very successfull „Together stronger“ campaign for the Welsh FA in 2014. Aimed to „revolutionise the perception of the Welsh football“ and to deliver the look and feel of a genuine, individual campaign that resonates with the team, the media as well as with the fans and the Welsh FA. This work, which builds on the theme of togetherness, then required a new design and style for the launch of the FIFA WORLD CUP 2018 qualifiers campaign. With Russia as a host country, a rather bold, propaganda poster- inspired style language was the idea and starting point, when the creative director approached me with this project.

What I did: Based on the given design language, I created detailed but simplified portraits and full body figures of a dozen of the most prominent FAW players, in full players gear. The players appear in limited solid colors, drawn in defiant poses, creating a true essence of pride and cameraderie. My main challenge have been to get each players individual resemblence of their faces right. Accompanied by a constant uncertainty, if groomed beards and certain manbun hairstyles are still up to date, always fact checking by using current players photos.

Each players portrait illustration then had to be implemented on seven varied body poses, each delivered as one single vector image in order to give the design team unlimited freedom to embed and regroup all team members, according to their concepts and final layout designs. 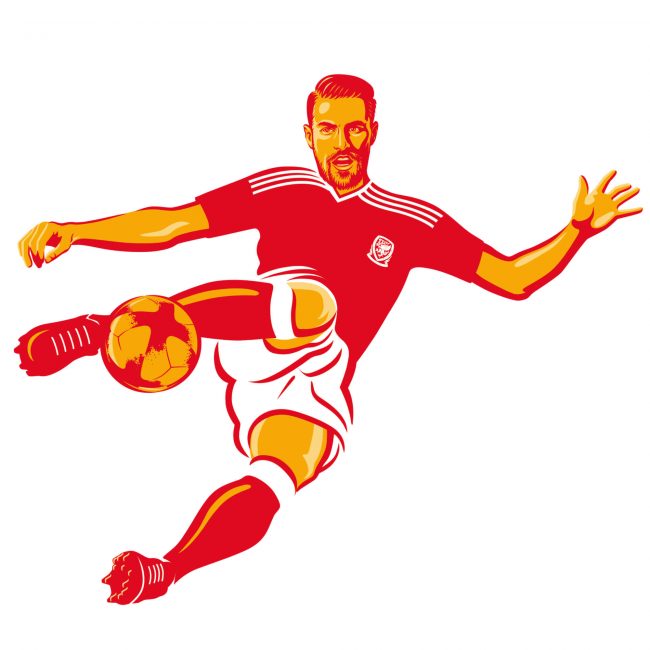 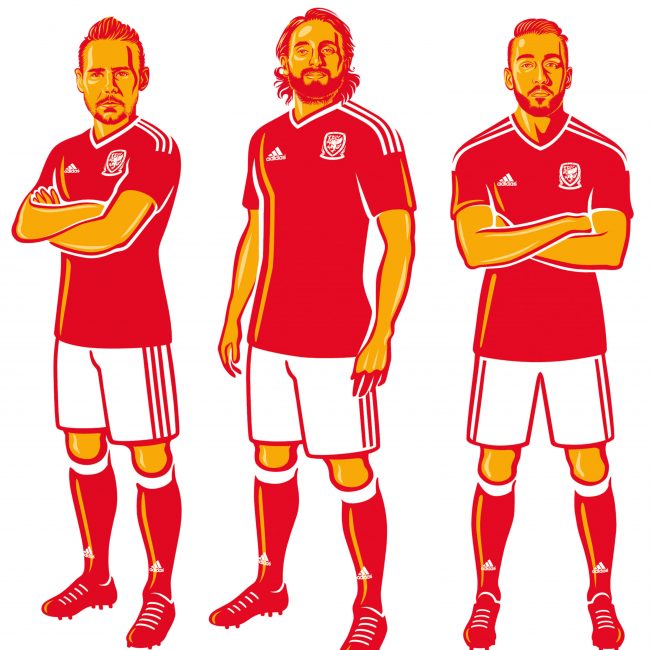 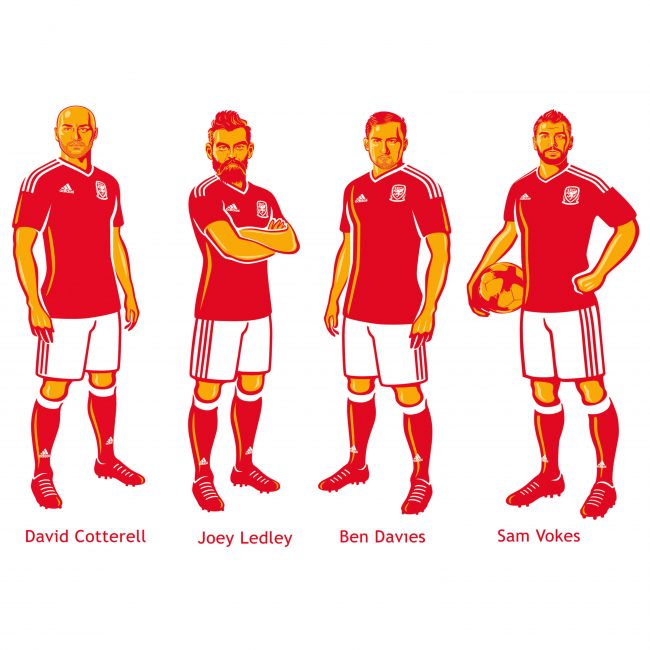 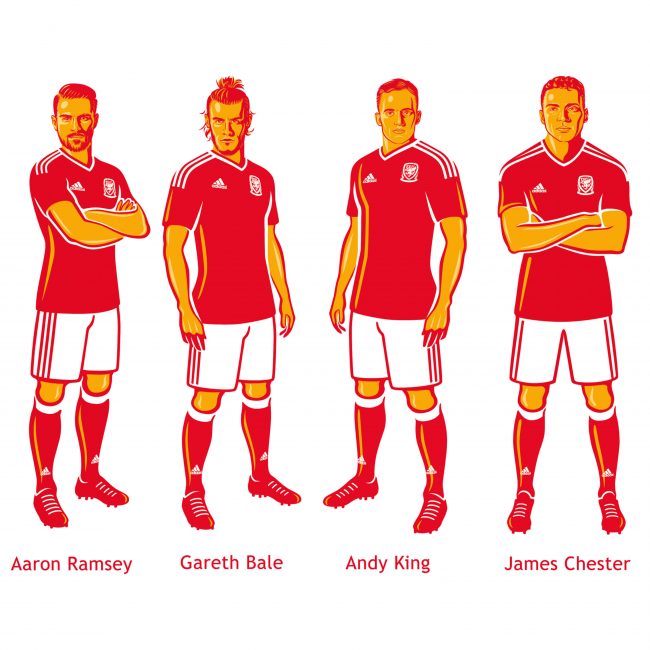 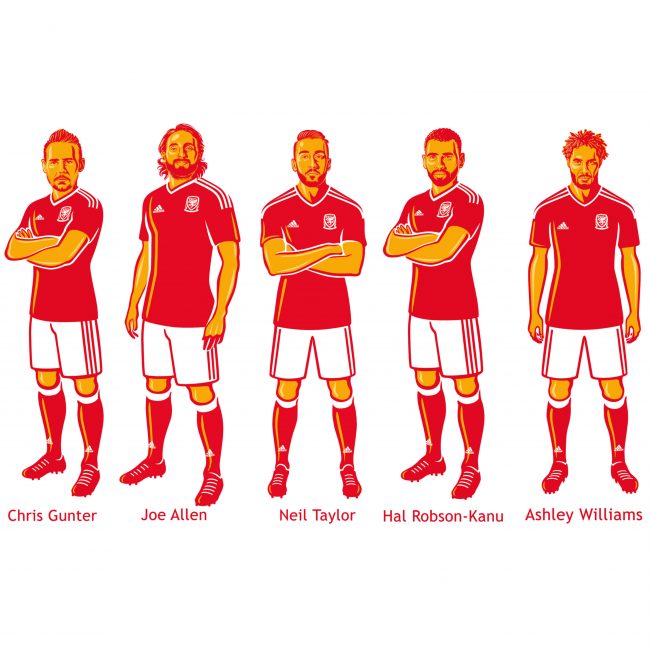 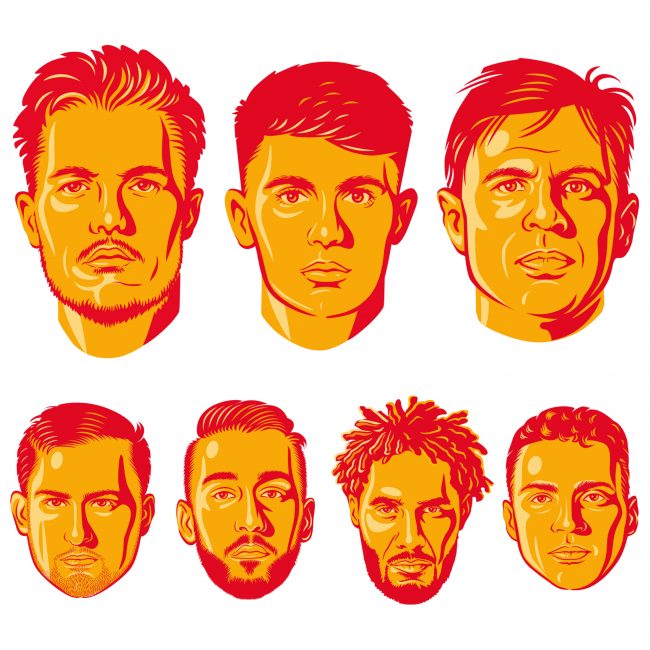 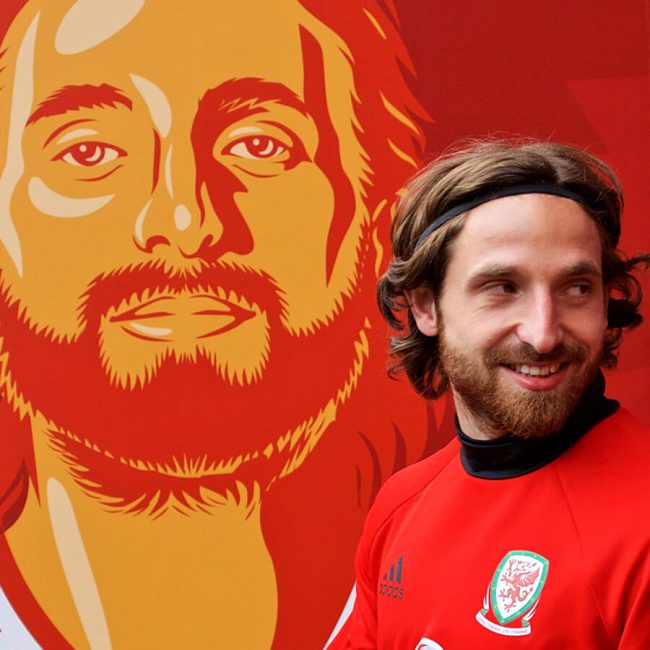 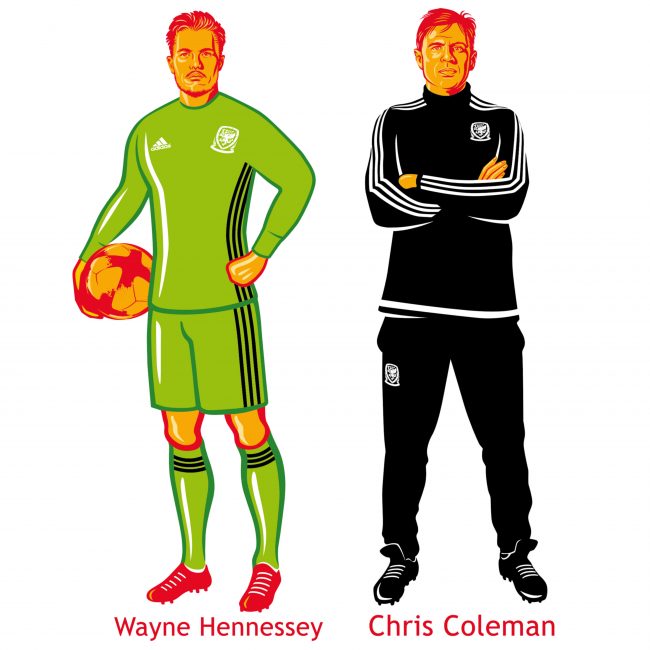 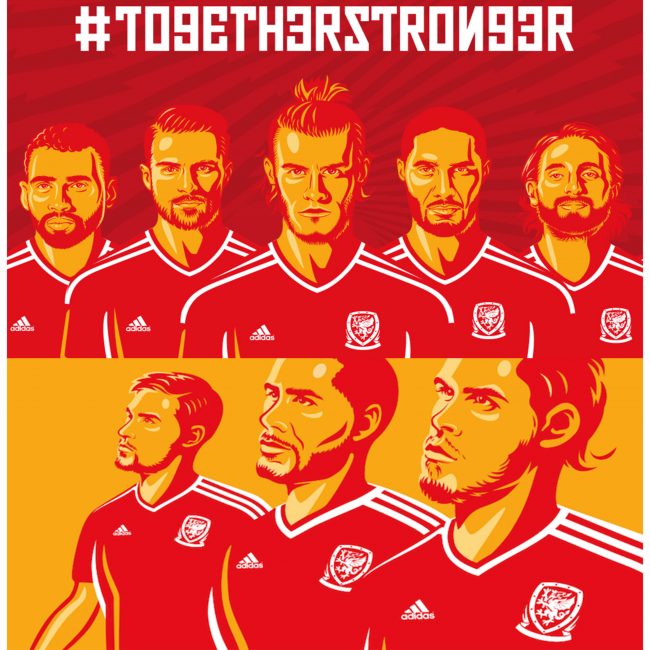 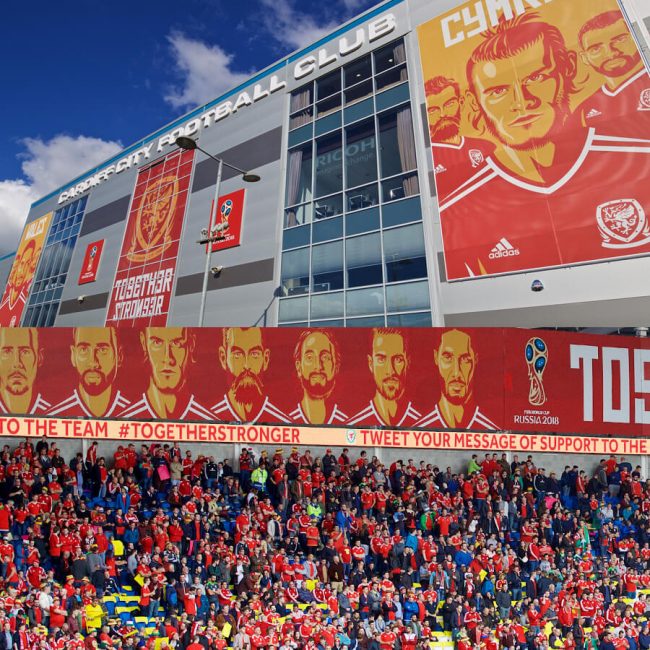